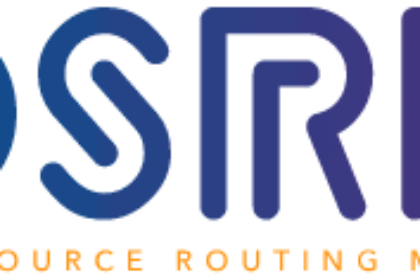 In this tutorial we would like to demonstrate the power of Open Source Routing Machine utilizing its NodeJS bindings without any overhead of running a HTTP service. If it's the first time you have heard of bindings, just imagine them as an application programming interface (API) that provides glue code specifically made to allow a programming language to use a foreign library which is not native to that language. In this scenario our foreign library is OSRM written in C++ which is being consumed by JavaScript. Additionally, we would like to give you a small taste of how you could optimize for performance when requesting large square matrices.

If you want to take a glimpse at the code straight away, you can get the it here.

For a comprehensive feature list and a more general overview of FOSS routing engines, read our article.

Open Source Routing Machine is a high performance open source routing software (BSD-2-Clause License) written in C++ and mainly designed to consume OpenStreetMap data. The logic required to run OSRM services directly from NodeJS is ensured by exposing its compiled binaries, e.g. you don't have to separately install and build OSRM on your machine.

While we are interested in the matrix (table) capabilities, you also have the option to use its other services, too.

This tutorial will guide you through the process of how to configure and run the NodeJS bindings for OSRM.

So let's go, open your terminal!

Test whether your environment already has NodeJS installed.

If either output is similar to this:

You will have to install nodejs and/or npm first. To do this have a look at the How To Install Node.js on Ubuntu 20.04 or if you are running OSX head over to Install Node.js and npm using Homebrew on OSX and macOS.

Create your Working Directory and get NPM ready

In order to install the required dependencies for this tutorial you will need to copy and paste the following snippet into your package.json file.

We are making use of 2 libraries osrm and async which will allow us to use the OSRM nodejs bindings in a multithreaded fashion. With the following command you instruct npm to install these dependencies which will read the package.json file sitting in the same folder.

Note
OSRM bindings binaries are currently only available for the last three LTS releases and the current release of nodejs, so make sure you're using a compatible version (e.g. by using nvm). Alternatively, you can build from source.

If you check the contents of your folder you will notice a new folder named node_modules. In there you'll find both of these libraries including their dependencies.

For this demo, we are going to use the OpenStreetMap data of Berlin which you can simply download into your working directory.

Afterwards we have to extract the OSM data which is required by OSRM to generate the topology and then contract it which boosts the performance. More can be read here. We are using the OSM extract which we just downloaded and using the default car.lua file residing in the dependency folder. You obviously have the option to change to a different profile or tailor the lua file for your needs. Some examples can be found here.

Moving forward we will create a small script which will use the NodeJS bindings and prepare a matrix request. The OSRM method is the main constructor for creating an OSRM instance which requires a .osrm dataset. Afterwards we can construct a request which will be sent to the the osrm.table function.
For the sake of this example we are using a square matrix of 1.000 random coordinates in and around Berlin. We ask OSRM for durations and distances and expect a many-to-many response.

Depending on the hardware computing this request it will take approximately 1-1.5 seconds to return the matrix result of 1.000.000 pairs.

At this point we are ready to send off our bins of coordinates. We could do this sequentially which wouldn't yield much benefit, however we could also make heavy use of OSRM's powerful architecture of distributing requests across multiple cores. By default it uses 4 but you have the option to give it more to work with. There exists a handy NodeJS library called async which will help us achieve what we need, namely sending multiple requests to OSRM at once, waiting for all computations to finish and ultimately stitching them back together again. Specifically we are using one of its core functions mapLimit to do this. We give it all of our bins and a limit parameter (which we call parallelism because it sounds more fancy) governing the maximum number of async operations at a time. Once all callbacks have been successfully invoked, we can optionally loop over all results and stitch them back together again.

Depending on your hardware, you will notice that this approach averages around 700-900ms, so approximately 30-50% faster than the single 1.000 x 1.000 request which we started off with.