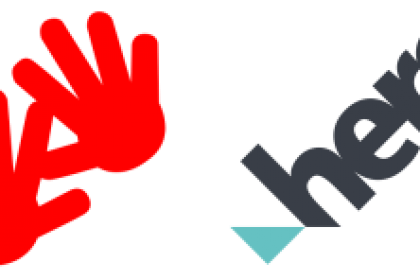 Open-source routing engines offer amazing capabilities, going far beyond what commercial applications like Google Maps can deliver. We wrote an overview article of FOSS routing engines if you're interested.

However, one limitation which is hard to get around: every open-source routing engine solely consumes OpenStreetMap data. We developed software to remove that limitation and offer a way to convert any proprietary street dataset into the OSM data model:

Data such as TomTom & HERE have detailed and accurate road attributes such as reliable legal speed limits and HGV/truck restrictions (weight, bridge heights etc). We can also process any traffic source such as historical traffic data and live traffic data for the routing engines Valhalla und OSRM (only live traffic support).

If you don't want to read on and just have a quick dive into what we offer exactly, see if any of these links and apps provides some help:

Open source routing engines have gained massively in popularity, the latest after the shameless price increase of Google Maps in 2018. The clear advantages are

The open-source community offers a wide range of professional-grade routing and navigation applications which are free to install, run and use. You might know some of these frameworks:

But we also believe one should use the most appropriate tool/data for a given job, there's no one-size-fits-all. If you're building an outdoor routing/map app, OSM is most often the best data source available (see Komoot).

While street coverage in OSM is excellent in most regions around the world, most road segments are missing many important attributes.

Let's take truck/lorry routing as an example. There's many important properties you'd have to know about the roads you're traveling on in order to not risk an expensive offense, to name just a few

Unfortunately there's no good source of truth to judge whether or not these attributes are well captured in a given road dataset. However, simply comparing the relative amounts1 between OSM and TomTom gives an ok-ish first indication:

The absolute amount of road segments has (almost) no meaning, as TomTom road segments are usually shorter than in OSM; it's just shown for reference. However, the relative abundance of attributes for these few examples is striking: TomTom has at least one magnitude, or even multiple magnitudes, better coverage than OSM (in this admittedly very crude analysis).

And last, but not least, using proprietary data sources also mitigates a lot of liability.

Why not combine them?

Many FOSS routing engines already offer an amazing set of user-definable options to alter the way a route is calculated. A routing algorithm typically tries to minimize the cost of the overall route, while the cost is mostly the time it takes to travel (see here for details):

This is really impressive! However, as briefly discussed above, the road segments in the router-native OSM dataset often do not contain the appropriate attributes to make the best out of those amazing features.

By enabling FOSS routing engines to work with other data sources one can make full use of these. See for example below a truck route with OSM and TomTom in Austria calculated with Valhalla, where there's a weight restriction of 7 tons on the road which OSM doesn't have: TomTom and HERE in action with Valhalla

With the software prop2osm, we offer a way to easily make proprietary datasets usable with any routing engine which natively consumes OSM data. By default, we support TomTom and HERE datasets, but intentionally left the implementation easily adaptable to other road datasets. Or even to other use cases, such as using open map renderers which mostly only support OSM (e.g. the brilliant OpenMapTiles) or geocoding engines (such as Pelias oder Nominatim).

Enough talking, let's see some action. To showcase the value of prop2osm we developed a demo app which contains sample datasets for TomTom (in Austria) and HERE (in Minnesota, USA). In the app you can: You can even install the whole stack yourself via docker-compose by following our instructions on https://github.com/gis-ops/osm-converter-demo. That will give you:

Let us know via Twitter oder email what you think.

Using e.g. the TomTom data, historical traffic data can be purchased which we turn into traffic tiles Valhalla can use. The traffic information has a 5 mins resolution over an average week, i.e. 2016 speed values for every road segment, based on historical traffic patterns. And Valhalla can use that information to predict the traffic along the route and calculate the optimal path according to those traffic patterns.

Additionally, live traffic sources makes sure vehicles (and route finding) can respond to spontaneous events such as traffic jams or road closures because of accidents. According to TomTom's licensing, live traffic can be used with third-party networks such as OSM. However, this service is fairly expensive, while historical traffic data is much cheaper.

Ideally both traffic sources are used. Read more about it and see some showcases of traffic influenced routing with TomTom here.

We provide commercial services to make your TomTom/HERE data compatible with any FOSS routing engine.

The way it works:

Output: a PBF file compatible with all routing engines

Note, optionally you can also license TomTom or HERE data through us (in collaboration with WIGeoGIS).

The output file will be converted to the OSM data model, either in PBF or XML format. It will have the same properties as you'd find in "real" OSM files with the most relevant objects and attributes for routing applications. No effort has been made so far to adapt the output to other applications, such as map rendering or geocoding, but we're certainly open for the idea.

If you're interest is not satisfied, feel free to get in touch with us: . If you prefer to inform yourself some more, check out these links: