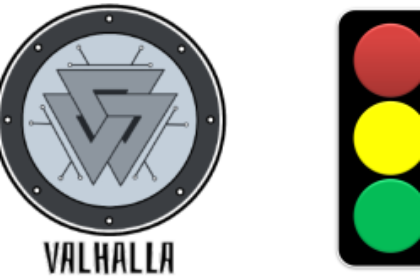 Real-Time and Historical Traffic in Valhalla

Apart from its numerous unique features, Valhalla, as the only FOSS routing engine, also has fully integrated support for traffic data:

Ideally, Valhalla is operated with both traffic signatures. Internally, live traffic is mostly used in close proximity to the route’s origin point and its influence deteriorates linearly moving away from the origin. Meanwhile other speed data sources such as historical traffic data will be blended into the routing calculations at the same rate the impact of live traffic lessens. If in a pinch, for most use cases historical traffic data is far more valuable than real-time traffic data.

Purchasing appropriate data is less expensive than most people assume. In the case of an asset-based TomTom contract (e.g. for fleet management, where each vehicle is an asset), costs are within a few Euro per asset per year. It’s a very valuable investment if ETA accuracy is of essence.

We created two animations to showcase the impact traffic information has on routing.

The following video shows a time series of 500 routes which are requested every 15 minutes of the week. Increasing ETAs are obvious from 8:00 am to 7:00 pm:

A more impressive video shows a time series of 5 isochrones, also in 15 mins intervals over the whole week:

You might be asking, why other FOSS routing engines don’t support a traffic implementation. The reason is: it’s tough business.

Consider what happens on a route from e.g. Berlin to Munich: as the routing algorithm tracks its way towards Munich, time passes and that needs to be accounted for in order to properly respect time-dependent speeds or restrictions (such as “no access between 9am – 5pm”) with all its complexities, such as timezones.

So for true traffic support, a routing engine must be able to track the time along the routing algorithm’s expansion. That requires more flexible algorithms which lack a lot of the performance goodies one typically likes to see in a routing engine, such as conventional Contraction Hierarchies.

Below we describe some of the internals of Valhalla’s traffic implementations. If you need help or support, contact us at .

Valhalla supports loading each edge (aka road segment) with a total of 2016 time-dependent speed values, which corresponds to a full week’s worth of 5 mins intervals. It’s the quasi-standard of commercial traffic data.

This kind of traffic data source needs the same base street network as the traffic data it’s originating from. In practice: if you consider buying TomTom historical traffic data, you’d need the TomTom MultiNet street network data to build a Valhalla routing graph first. We provide services & software to convert TomTom & HERE data to make it usable with FOSS routing engines such as Valhalla.

Once you have a routing graph built, you need to transform the historical traffic data into Valhalla’s expected CSV format with the following columns:

The first column is simply the internal GraphId. A mapping of “OSM” IDs (aka TomTom/HERE IDs) to internal GraphIds can be generated with the tool valhalla_ways_to_edges. The second and third column are the freeflow (night time) and constrained (day time) speeds. The tricky part is the last column: it’s a DCT-II compressed version of the 2016 variable speed values. There is an implementation for compression and decompression in the Valhalla repository as well.

Once the CSV traffic “tiles” have been generated, you can load the historical data on top of the routing graph with Valhalla’s valhalla_add_predicted_traffic tool.

While historical traffic data is still somewhat easy, since you only have to generate the traffic “tiles” once, real-time traffic integration is a lot more involved. Typically data providers offer a feed which updates minutely for every supported region of the world. If the graph covers an entire continent such as Europe, that feed will contain speed updates for millions of edges.

Valhalla implements live traffic via a memory mapped tar archive. The internal directory tree is the exact same as for the routing tiles. A single traffic tile consists of:

The valhalla_build_extract tool will produce a blank skeleton of a traffic.tar with the -t option. The path to this archive should be stored in Valhalla’s configuration file at mjolnir.traffic_extract. Whenever one of the 64 bit integers in the traffic archive changes, the Valhalla server will realize it and take into account the new value(s).

The challenge is to actually develop that external application (in whatever language) to update the traffic archive, and that is performant and accurate enough to provide meaningful traffic updates on large regions. The gist of it is:

This is only a brief summary of the high-level steps which need to be taken. There’s a lot more details to be said about the whole process. The most important part is: don’t use HTTP when matching OpenLR to Valhalla’s graph! That’s much too slow. Either develop the application in C++, in Python (and use our pyvalhalla bindings) or develop bindings in your favorite language (and of course open-source them! ;)).

We maintain a multitude of related projects, most of which are open-source: