Projecting the globes 3D ellipsoid on a plane 2D surface isn't an easy task. Well mathematically speaking it may be an easy task however you will quickly notice it is impossible to do so by not distorting the shapes and boundaries of the countries, oceans and continents. To this end there exist all different kinds of projections which use a Geographic Coordinate System (GCS) as input. The GCS subject to a geodetic datum uses a three-dimensional spherical surface to define a location on the earth with the help of longitudes and latitudes in degrees. Some well known GCS are The World Geodetic System 84 (WGS84 Datum), The North American Datum 83 (NAD83 Datum) oder The Ordnance Survey of Great Britain 36 (OSGB36 Datum). Using the GCS as input the projections themselves are referred to as a Projected Coordinate Systems (PCS).

The former is used in prominent web mapping applications such as Google Maps oder Bing Maps which shows areas near the poles as greatly exaggerated. The latter is an equal-area projection which "trades the accuracy of angle and shape for a accuracy of proportions in area" which means that in the distribution of countries in relation to each other is fairly realistic.

If we for example have a map dataset of the United Kingdom and we want to compute distances between locations which could be cities, we should make sure that our projection suits the region, e.g. the British National Grid (BNG) (EPSG:27700) derived from the OSGB36 Datum. Each grid cell (square) features an identifier which consists of 2 grid letters, the first being the identifier of the 500 x 500 km square it belongs to. 5 of these exist, namely S, T, N, H und O. These parent squares are then again subdivided into 25 further squares of 100 x 100 km size which is depicted by the second letter from A-Z starting in the north-west corner of the grid and Z being in the south-east corner. The following image should help you comprehend. 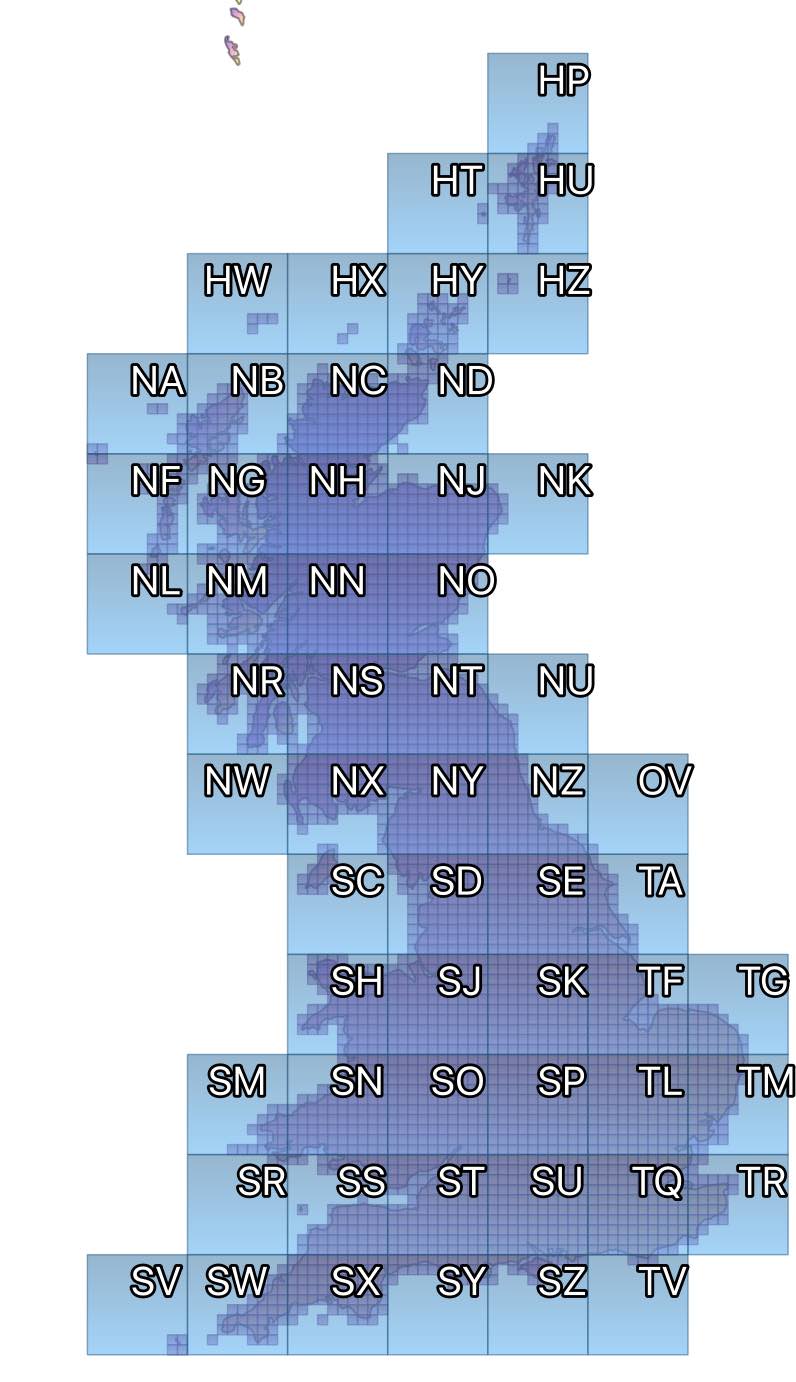 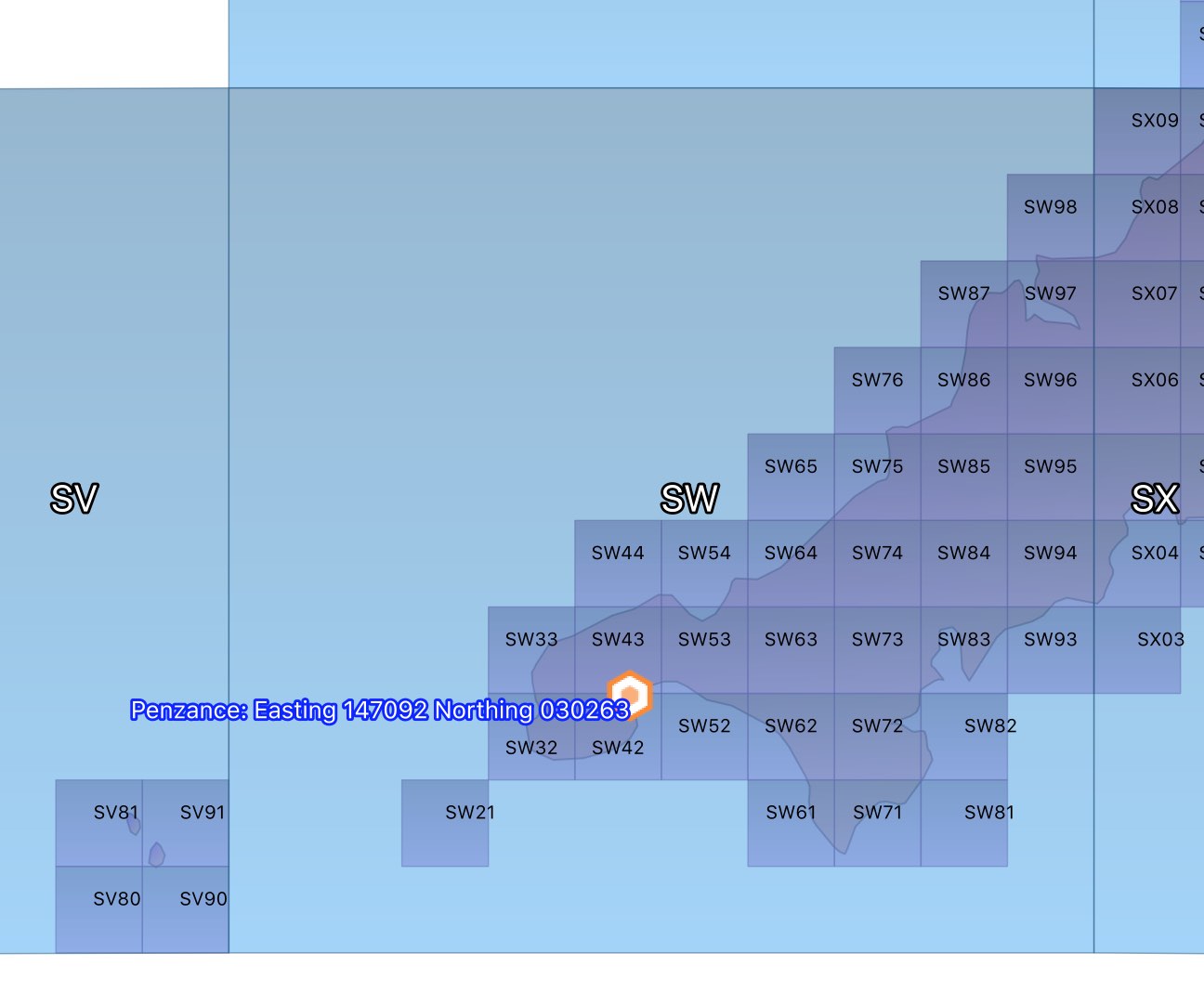 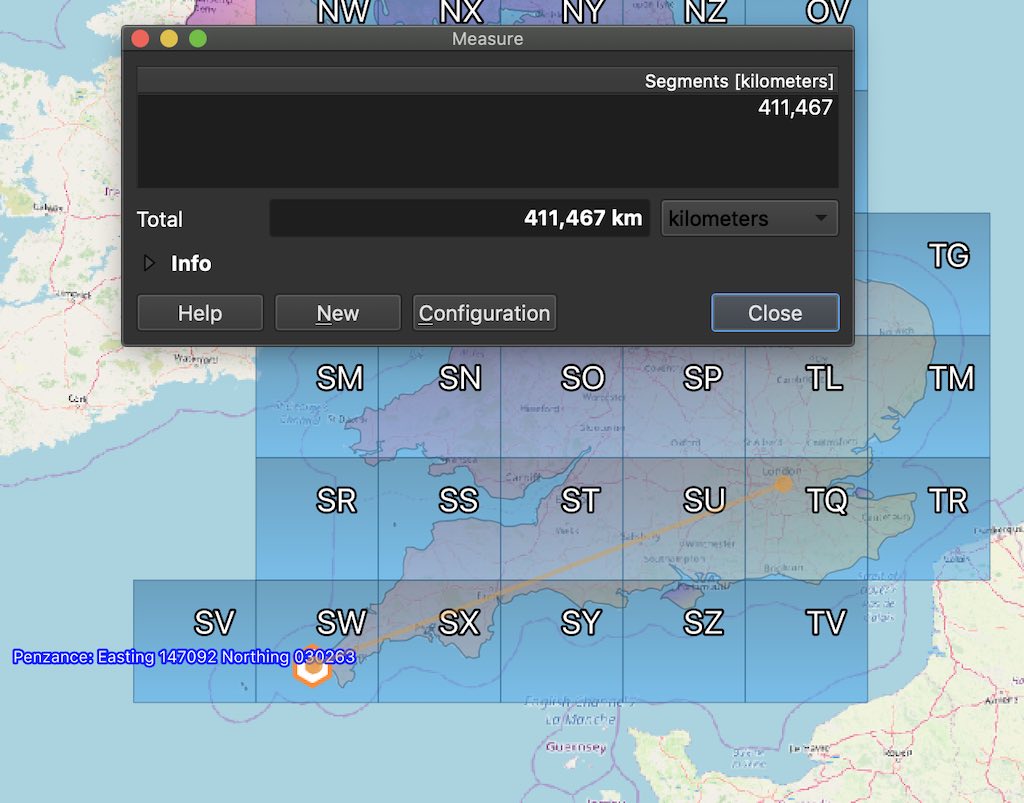